L's operation went well and is now recovering at home.

For me and M it has been a difficult time seeing L in such pain and discomfort but,
almost everyone involved with L's care at the hospital were wonderful and tried to make her as comfortable as she could be.

Small adjustments have to now be made at home whilst L continues to recover, like sleeping and sitting positions using pillows, cusions and/or rolled up blankets. Also she's  learning how to adjust her movements with a rigid back.

The next six weeks will see L slowly recover week by week and then returning to school. At the moment that feels like a long way off in her recovery.

M is recovering well with his back whilst still wearing his back brace he's not using his crutches as much. A few more weeks before he's back at work though.

Thank you for all your messages on my last post I passed them on to L who also says thank you.

Hello friends.
At this moment in time M and I are sitting in the, very comfortable, day room of the Ronald McDonald house at Manchester's Childrens Hospital.

L is finally having her operation. We came over yesterday and stayed in a Travel Lodge, behind the hospital, because we had to check in at 7:30am. The room was very comfortable.

L was not to have any food after 2am so we tooks some snacks to have a midnight feast mostly to get through the starvation later.

Phones had their alams set so we didn't sleep in. Seep in!!!  You have to go to sleep for any chance of sleeping in. None of us slept all that well and awake well before the alarms went off.

This morning we arrived on the ward fifteen minutes too early but that was ok. After a twenty mnute wait we were called into the waiting ward and L's nerves were really starting to kick in. Just about had enough tissues.

the surgeon came to see L and put his makings on her back and a little later the neuro......... something or other did some nerve tests and markings and then there was a long wait. The operations manager and surgeon came to see us to tellus that the aneathetist had called in sick and the two others were on leave and there trying to get hold of a fourth.  After an hour or so the aneathatist came to see us had a chat and then thngs started to move.

Finally an hour and half late she finally went down to theatre and here we wait until  approximatly 8/9pm when the operation is complete.

I will let you know how she gets on.

No reflections on the year just gone but looking forward to a good year with hope and new challenges with better health and more fun.

Happy and Healthy New Year
to
all my followers
and readers

Hope 2016 lives up to your expectations 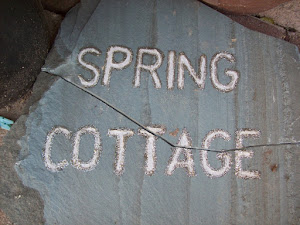